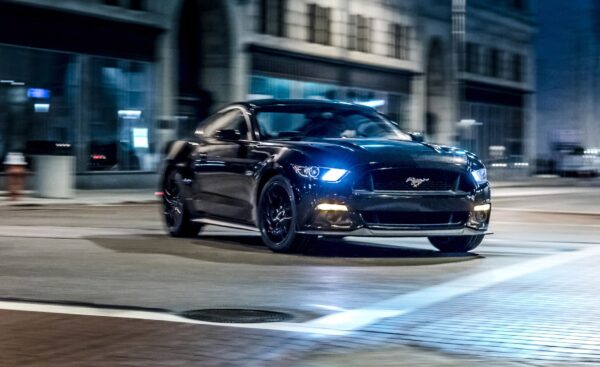 It seems that there is one thing that most people love – big cars. Whether you live in a city, where it would be impractical to have one, or you do not even need a car yourself, you are still likely to fancy a larger vehicle. Come on, how awesome is the Ford F150, or Toyota Tundra, or any big SUV you would prefer! But aren’t things going a bit too far?

Today we are going to explore an interesting topic. We have asked our friends at Instacar Transport to share their opinion and expertise with vehicles. They are in the business of transporting cars, so they are directly affected by the growing size of modern day vehicles. Let’s go!

Does This Problem Even Exist?

If you have never considered the size of vehicles to be an issue, you are not alone. When changes are gradual, you are not very likely to notice them. It only takes an inch here and there, and all of a sudden the cars have grown by 2 feet. How did this happen?

In fact, most midsized cars nowadays would be considered rather big if you had them 20 years ago. Funny enough, we are even calling some SUVs “midsized”, even if they can transport 7 people! Obviously, the size of the cars is growing. But that does not mean this is an issue, right? Well…

How Much Trouble Is A Big Car?

There is the popular notion that the bigger the car the safer it is – at least for the people in it. So you have at least one benefit of big cars. They also look impressive. And they can take quite a lot of stuff in (and people, of course). So far so good, right? No problems on the horizon.

That being said, we want you to consider this for a second – is a bigger car really safer? How would you know that? It may sound intuitive, but that does not make it true. In fact, the safety of the car is determined by its systems and not by its size. You can check most lists of the safest cars out there, and you will notice plenty of sedans. Sure, there are many SUVs as well, but that may actually be worse. Why? Because the very reason we need more car safety is because cars are getting bigger. A truck is likely to cause much more damage than a Mini Cooper, is it not?

But What Can We Do About It?

Naturally, if big cars are a problem, you may wonder if there is an actual solution. We would argue that there is – just do not buy big cars. But that is easier said than done. And not because people would not want to do it, but because the options are not that many. Yes, there are smaller vehicle, but most are not of the standard of the bigger ones. Only a handful of companies make deliberately safe and highly equipped small vehicles.

So yes, in the end we can conclude that cars are getting too big. Can we do something about it? Probably not. But car companies can. Many European countries are beginning to incentivize smaller cars. There is hope!

Related Topics:
Up Next

What are Some Budget Friendly Bikes in India? 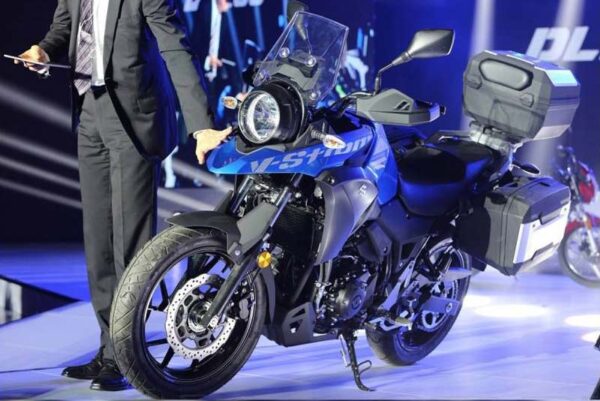 Motorbikes are an immensely popular mode of transport in India amongst the middle class segment and their demand has increased manifold in last three decades. Indian bike manufacturers produce a wide range of budget bikes which are sturdy and stylish and don’t cost a fortune.

These bikes are affordable with excellent features and can be easily purchased by taking a bike loan from banks and private lenders. If you are looking for a two wheeler loan to buy a budget friendly bike then visit bajajautofinance.com where you will find all the details of loan eligibility and documentation required for a bike loan.

Listed below are some budget friendly bikes in India:

The Bajaj V15 is an entry level bajaj 150cc bike and its fuel tank has been crafted using metal from INS Vikrant, the country’s first aircraft carrier. The 149cc air cooled engines produces 12PS and 12.7Nm of torque. The bike comes with a dual cradle frame and has 33mm front forks and dual rear gas charged shock absorbers. It gets 18-inch front and 16-inch rear alloy wheels fitted with tubeless tyres.

The Bajaj Pulsar 160 NS is placed above Pulsar 150 both in terms of pricing and features. It is better in handling as compared to Pulsar 150 and uses a 160cc single cylinder oil cooled engine which produces 15.3 bhp of power and 14.6 Nm of torque. It comes with five speed gear box and single channel ABS.

The Bajaj Pulsar NS200 is a sports bike manufactured by Bajaj Auto. The Pulsar NS200 has a single-cylinder, four-stroke, liquid-cooled engine. The bike was launched in 2012 and is now available with single channel ABS and braking system similar to that of Pulsar RS200. It is currently the top selling street performance bike in its segment.

The Bajaj Avenger Street 220 is a cruiser bike designed and manufactured by Bajaj Auto in India. It gives an average of 40 kmpl and a top speed of 120 km/h. It is a successful bike in terms of performance, power and maintenance cost.  It comes with a newly designed street control handlebar, wider tyres and a 260mm front disc brake.

TVS Apache RTR 220 4V has undergone major cosmetic changes and has been revamped it give it a new lease of life. The bike has completely redesigned and has been given an aggressive sporty look. The engine comes with fuel injection system and produces 21bhp and a peak torque of 18.1Nm.

Hero Passion Xpro is fitted with a 109cc single cylinder air-cooled engine. The bike produces 9.3bhp of power at 7500rpm and 9Nm of peak torque 5500rpm. The bike is also equipped with i3s start-stop system that is said to improve the fuel economy.

Bajaj Pulsar 150 is a popular entry level bike since many years with an impressive track record and it has recently received a cosmetic upgrade. The bike is powered by 149cc, single-cylinder, air-cooled engine which pumps out 14PS of power at 8000rpm and 13.4Nm of torque at 6000rpm, it has a five speed transmission and features Evaporative Emission Control System (EVAP) that recycles vaporizing fuel.

TVS Apache RT 180 is powered by a 177.4cc, single-cylinder, four-stroke engine that develops 17.5PS of power and 15.5Nm of maximum torque. The bike is fitted with single channel ABS, LED display, clock, lap timer and a large analogue tachometer. 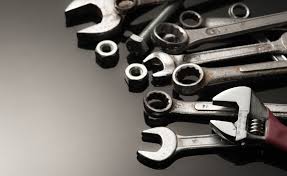 The warmer weather and longer days signal the arrival of spring, but with spring also comes unpredictable weather patterns. To maintain your truck’s top shape, it is important to have the right equipment to protect it in any kind of weather. The following accessories will keep your truck running whether the sky is clear or stormy.

Prevent your rear axles from getting rusted and stained with these unique truck axle covers. They are made of high-quality and heavy-duty chrome and, like their name says, are rounded like the moon. The covers are smooth and classy with a vintage feel. Each kit includes one axle cover, ten 33 millimeter thread-on nut covers and a cap. You can also purchase the same covers for your front axles.

The Kenworth T800, W900B Smoke Aeroshield II is one of the best rain guards for trucks. It is almost 11 inches wide, so it will effectively keep rain and dirt from collecting on your windshield and impacting your visibility. It attaches easily, and all the mounting tools come with the shield. It comes with the manufacturer’s limited lifetime warranty as well.  You can be assured that the shield is long-lasting because it is made from polycarbonate materials and has an aluminum extrusion for its base.

If you’re looking for sleek LED marker lights, then check out the Magnum brand. Each oval-shaped light has a double-bullet plug, four LED bulbs and a chrome ring that surrounds the light. You can customize the colors of each the LED bulbs and the lens, allowing you to personalize your truck. Because each light is more than six inches long and more than two inches wide, your truck will be visible even on a pitch black highway.

Prepare your truck now before the spring showers hit. Check out these accessories so your truck can be ready to face whatever nature throws its way. 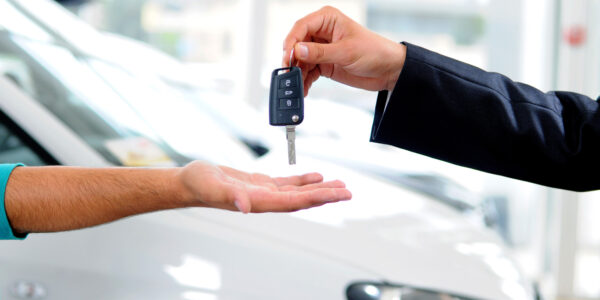 Replacement car key insurance can be a good solution if you have lost your car key and need to get it replaced. Now replacement keys may equate to costly propositions and this is natural since the keys are the first barrier, preventing theft of the vehicle in question. However, if you wish to bypass the high costs of the same, you can always resort to lost key replacement insurance which will cover all expenditure in this regard.

When it comes to a dedicated key cover policy offered by your insurance company, the whole procedure is more straightforward. There are a few policies which also have car hire coverage in case you are left stranded due to theft/loss of the car key and cannot drive the vehicle. However, you should always check the terms and conditions minutely since some policies may have provisions stating how keys should be missing/lost for a specific duration prior to the implementation of the coverage.

In other cases, if your keys have been mistakenly left inside the car and it is now locked, you should reach out to breakdown services that will help in retrieving the vehicle in case you have this component included in your insurance policy. Suppose the rescue team cannot open your vehicle. In such a situation, they will be arranging for a requisite service professional to check the situation although you may have to fork out the charges for this purpose. In case both options do not work at that moment, the car may be taken to the nearest service center or garage for fixing the problem. You will be given adequate transportation as well in this scenario. You may have coverage for the recovery cost of the spare key and several premium packages do have provisions for costs linked to retrieval of spare keys from your own home.

If all else fails, you will have to purchase a new car key set from your dealership and the high costs are attributed to the entire re-programming required for linking the new set to your vehicle which covers alarm control, keyless entry, remote locking and more. However, in some cases, this can take anywhere between 5-10 days. You may get faster service at a local garage that specializes in this job although you will have to pay up there since these are probably not covered under your insurance policy. You can however make a claim later on once the problem has been sorted out with relevant supporting documents. When you go to collect the new keys, you should have your vehicle registration and insurance documents with you along with the driving license or any other ID since you may have to prove car ownership. 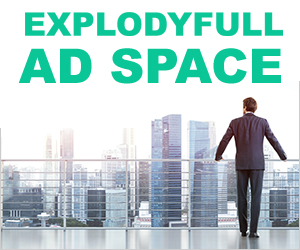 What Are The Necessary Lifestyle Changes For Successful Addiction Recovery?

The Best Smart Doorbells for Your Home

Why You Should Avoid Tree Topping

Why call a pro for end of lease cleaning in Hobart

Why call a pro for end of lease cleaning in Hobart

Why You Should Avoid Tree Topping

What Are The Necessary Lifestyle Changes For Successful Addiction Recovery?